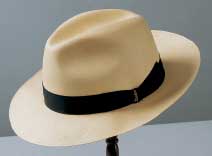 This document describes a heap dump file for Java programs, and a tool to analyze these files. This tool can help you to debug an analyze the objects in a running Java program. It is particularly useful when debugging unintentional object retention.

This tool helps to debug unnecessary object retention by providing a convenient means to browse the object topology in a heap snapshot that is generated by the Java VM. This shapshot is in a JDK 1.2 heap profile file (generated with -Xrunhprof). The tool allows a number of queries, including "show me all reference paths from the rootset to this object". It is this query that is most useful for finding unnecessary object retention.

This document will discuss each of the queries that the analysis tool offers.

HAT was done mostly nights and weekends, starting when I was at JavaSoft. To cover Sun there is a license, but as the author may I make a small request? Could you please read the words I've written on the charitable donations page, and do as you feel appropriate? Thank you.

Generating a .hprof File and Running the Program

To generate a .hprof file, you should run java with the -Xrunhprof flag. The format recognized by this program first appeared in JDK 1.2 beta3. HAT must be given a binary hprof file. This is done with the "format=b" modifier to the -Xrunhprof command. For example, to run the program Main and generate a binary heap profile in the file dump.hprof, use the following command:

As of JDK 1.2, you can add a heap dump to a .hprof file with control-backslash under Unix or OS/X, or control-break in Win32. Some sample .hprof files are provided in the hprof_files subdirectory (doc/hprof_files). They were produced with a small slot car animation program I wrote in a former life. The source for that program can be found under http://jovial.com/slotCar/.

To run the hat server program, use the run shell script or batch file provided in the bin directory. You'll probably want to copy it and hat.jar somewhere sensible (I use ~/bin on Unix and OS/X, and c:/bin on Windows). Once that's done, to analyze a slot car hprof file, you can do the following:

The server can compare two heap dumps, and it's possible to specify a numbered heap dump in the file. For example, to compare the first and second heap dump in slotCar.hprof, use this command:

You can specify a file that influences the reachable objects query. This file lists the data members that should be excluded when generating this query. This can be used to determined the size of a given object and all objects reachable from it, excluding observers and other objects that aren't "owned" by the target object. To specify a set of data members to exclude, use the -exclude command line option:

This file should contain the fully-qualified name of each data member to exclude, with a newline between each data member. If this file is modified while a server is running, it will be re-read.

The program sets itself up as an http server on the port you specify. You access it by bringing up the default page in the browser of your choice. For example, if you're running hat on the same computer as your browser, you can probably call it "localhost", if not "127.0.0.1" will do. Assuming your OS supports calling it localhost, you could access the server started above by navigating to the URL "http://localhost:7002/". From there, you can run other queries by clicking on hyperlinks, or by directly typing in URLs.

This document contains links to sample HTML pages generated by the server. The links within these sample pages will not work. To generate a working example, run the server program with the provided .hprof file.

The feature of generating a .hprof file was considered experimental in JDK 1.2 through 1.4. It worked well with the classic VM on JDK 1.2, but some VMs and some versions of the JDK might not produce .hprof files compatible with HAT. As of JDK 1.5, .hprof files are produced by an experimental agent that connects to the VM via a supported profiling interface. As such, it's more stable and dependable, though I'm told there were some issues with version prior to update 3. I recommend using a JDK version of 1.5 update 3 or better with HAT.

The All Roots Query

This query shows all members of the rootset.